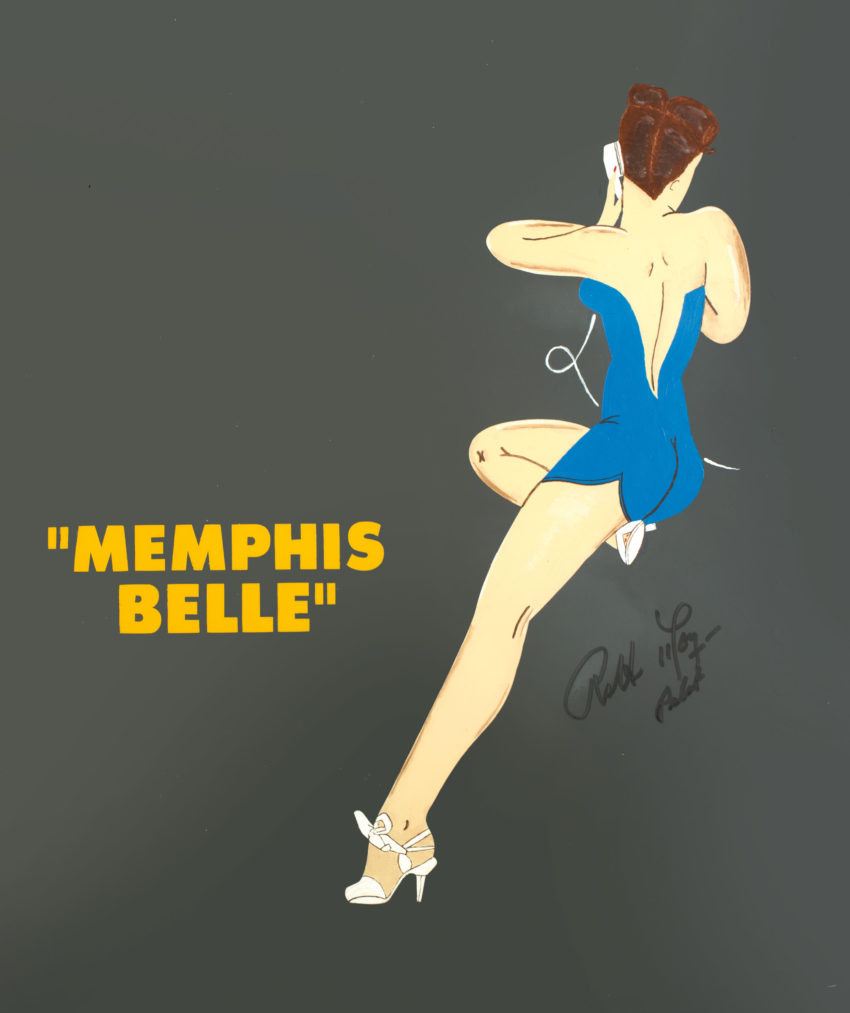 A rendering of the original nose painting for the famous WWII bomber, The Memphis Belle.  The poster is from the 1944 documentary about the plane. The Memphis Belle is the nickname of a Boeing B-17F-10-BO Flying Fortress that flew 25 combat missions during WII, from England over France and Germany, with her crew intact. The plane and crew then returned to the States and toured to promote the sale of war bonds. Two films were made of the Memphis Belle (1944 and 1990).

The photograph shows the crew, under Captain Robert Morgan, at their base in England.