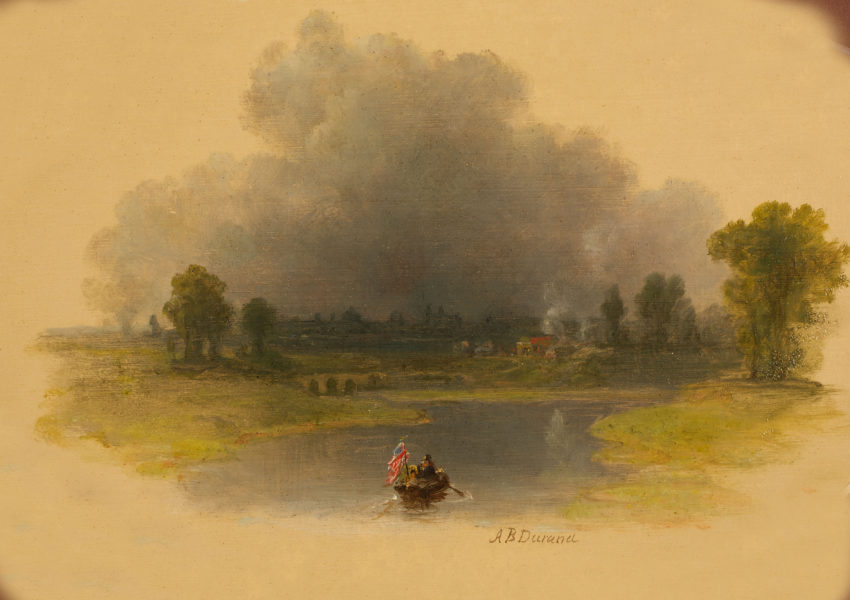 (ca. 1860s) by Asher Durand (American 1796-1886).  Known for his seminal work in helping found the Hudson River School, Asher Durand’s work is exhibited in every major American art museum. Durand is particularly remembered for his detailed portrayals of trees, rocks, and foliage. He was an advocate for drawing directly from nature with as much realism as possible. Like other Hudson River School artists, Durand believed that nature was an ineffable manifestation of God.