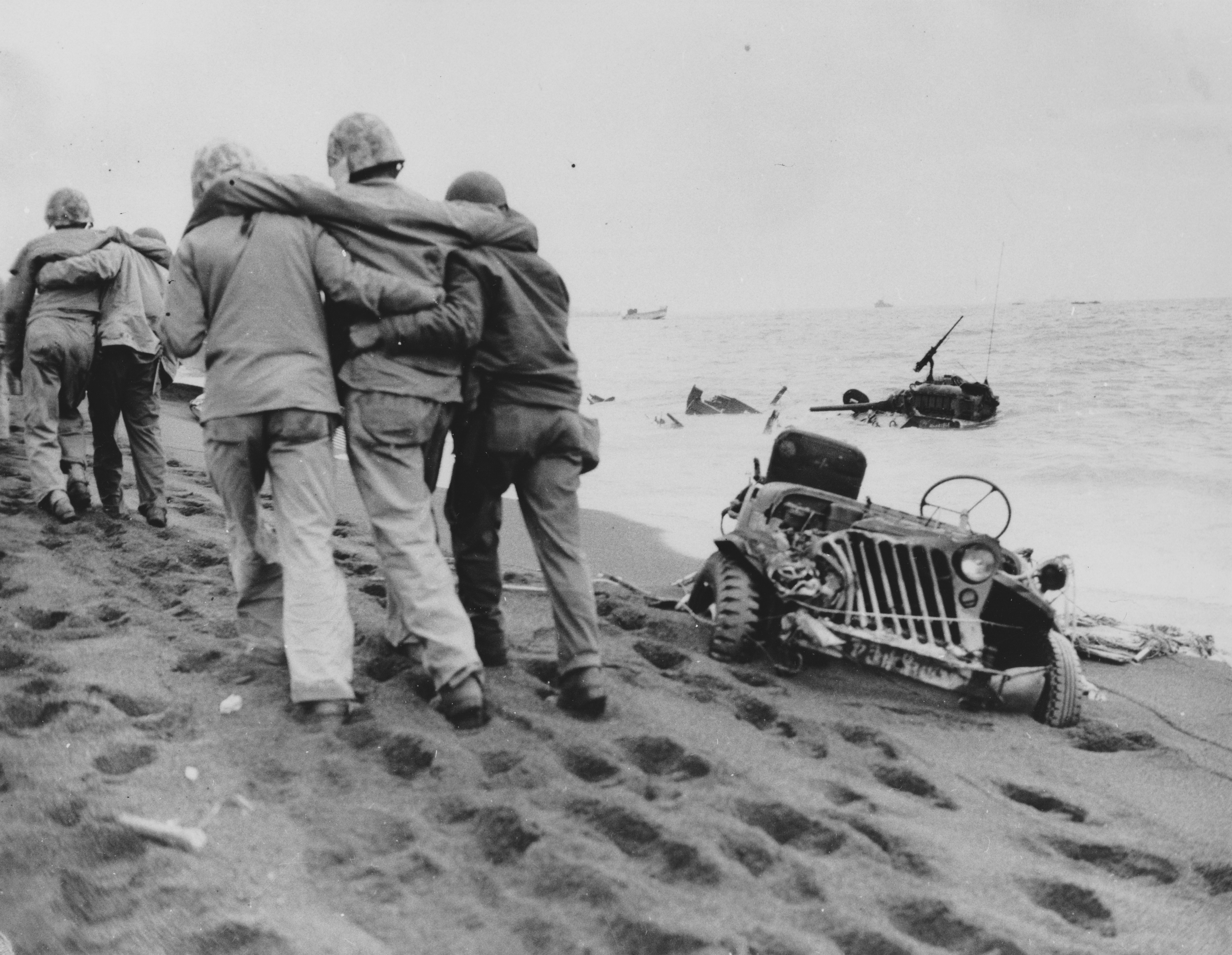 Photos taken by Marine and Navy photographers of the battle to capture the island from Japanese defenders so that the island could be used as an airbase to launch attacks on Japan itself.  One of the iconic photographs of WWII was the raising of the American Flag on Mount Suribachi on February 23, 1945, though the photograph so well known was a re-enactment.