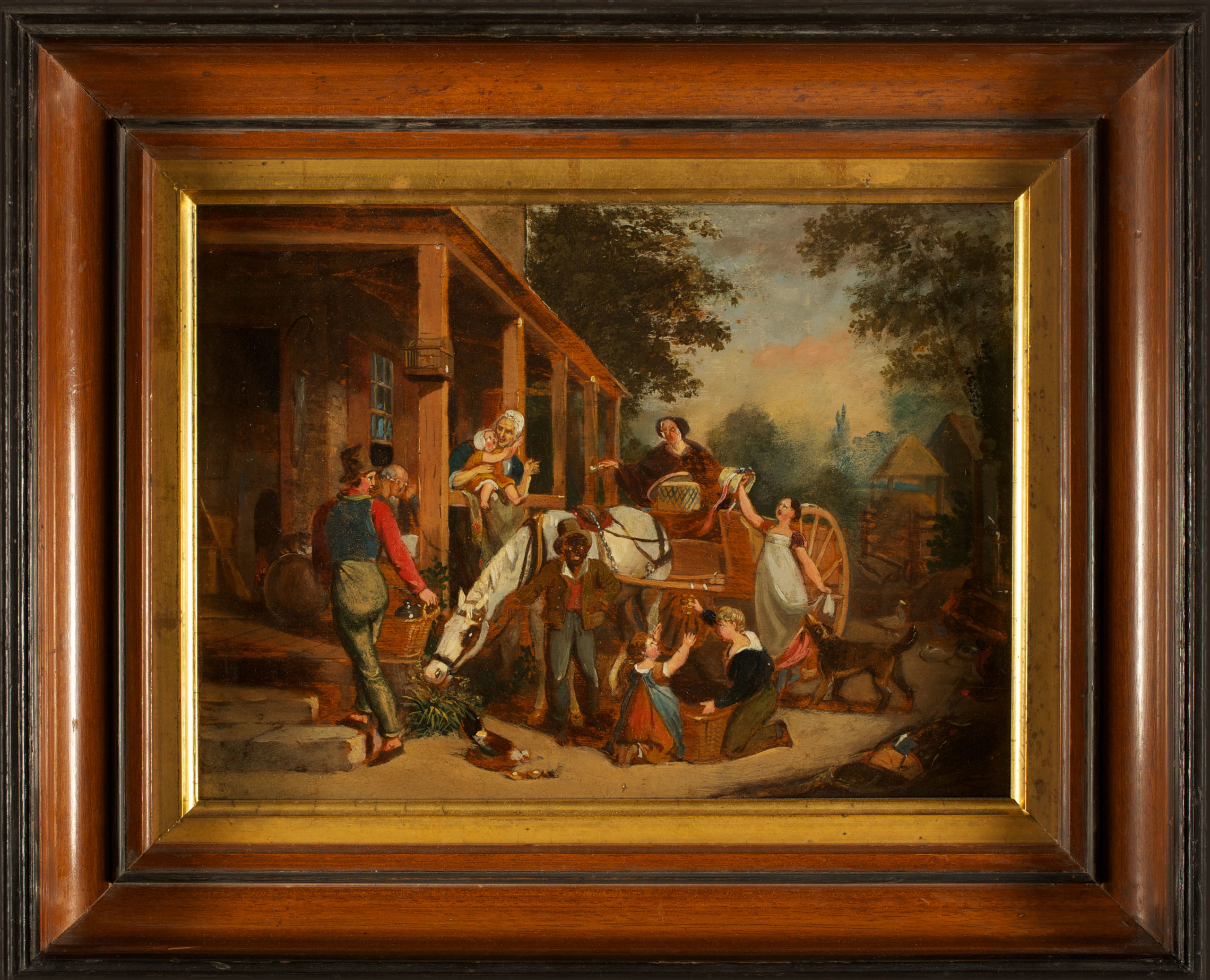 John Lewis Krimmel’s study for Return from the Market.  Sometimes called “the American Hogarth,” Krimmel (American, 1789-1821) was the country’s first noted painter of genre scenes. Born in Germany, Krimmel emigrated to Philadelphia in 1809 and soon became a member of the Pennsylvania Academy of Fine Arts. He was among the first artists in America to portray free blacks, such as in Black People’s Prayer Meeting (1813). Among his still frequently reproduced paintings are Fourth of July, Center Square (1811/12) and Election Day (1815), both filled with lively characterizations of scores of crowd members.