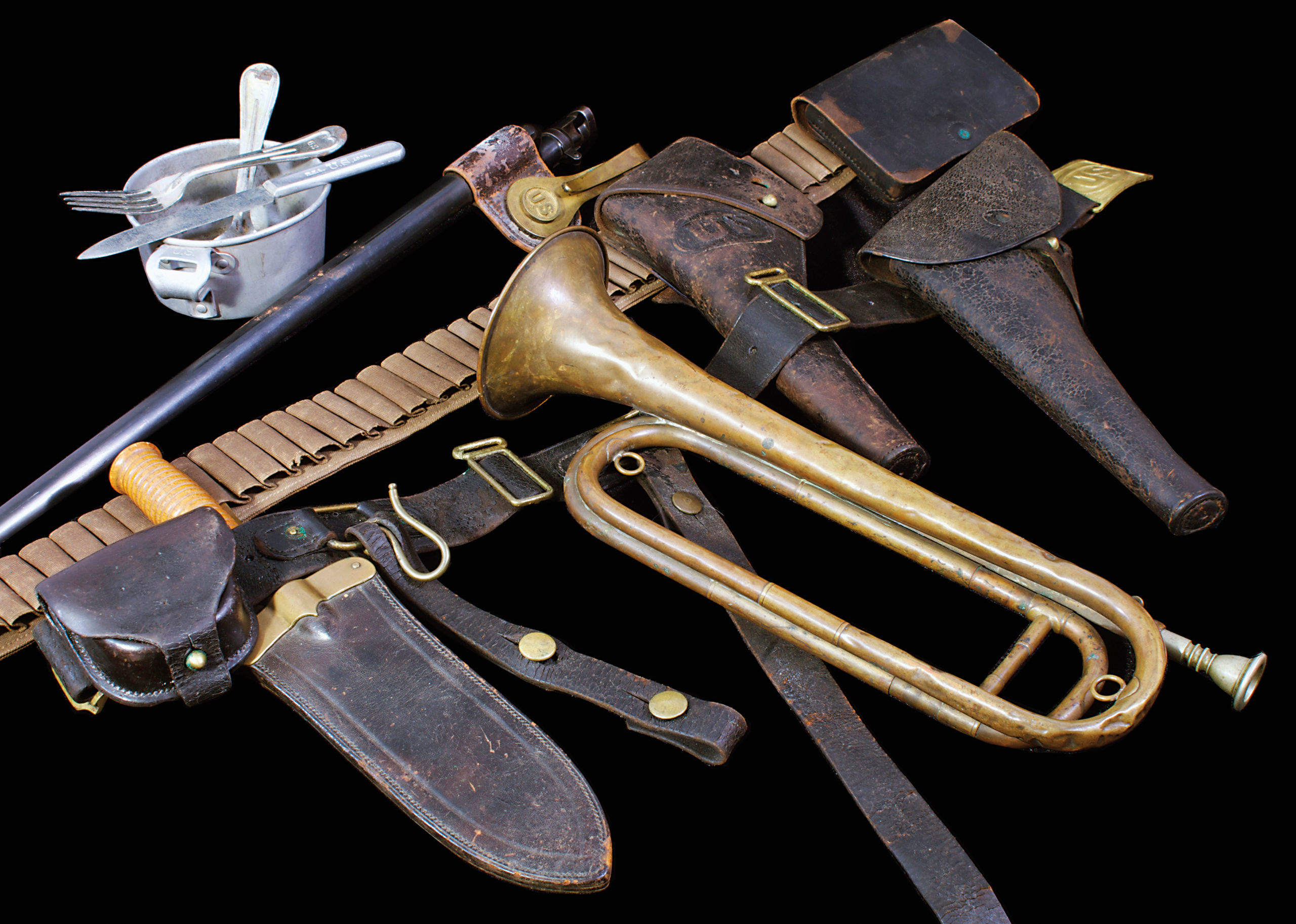 Accouterments of the Buffalo Soldiers shown here are part of an excellent assemblage originally built by Kareem Abdul Jabbar. The still-growing collection of Buffalo Soldier materials includes several uniforms, weapons, and pieces of military and personal equipment belonging to members of the African American infantry units that fought in the post-Civil War western Indian Wars.