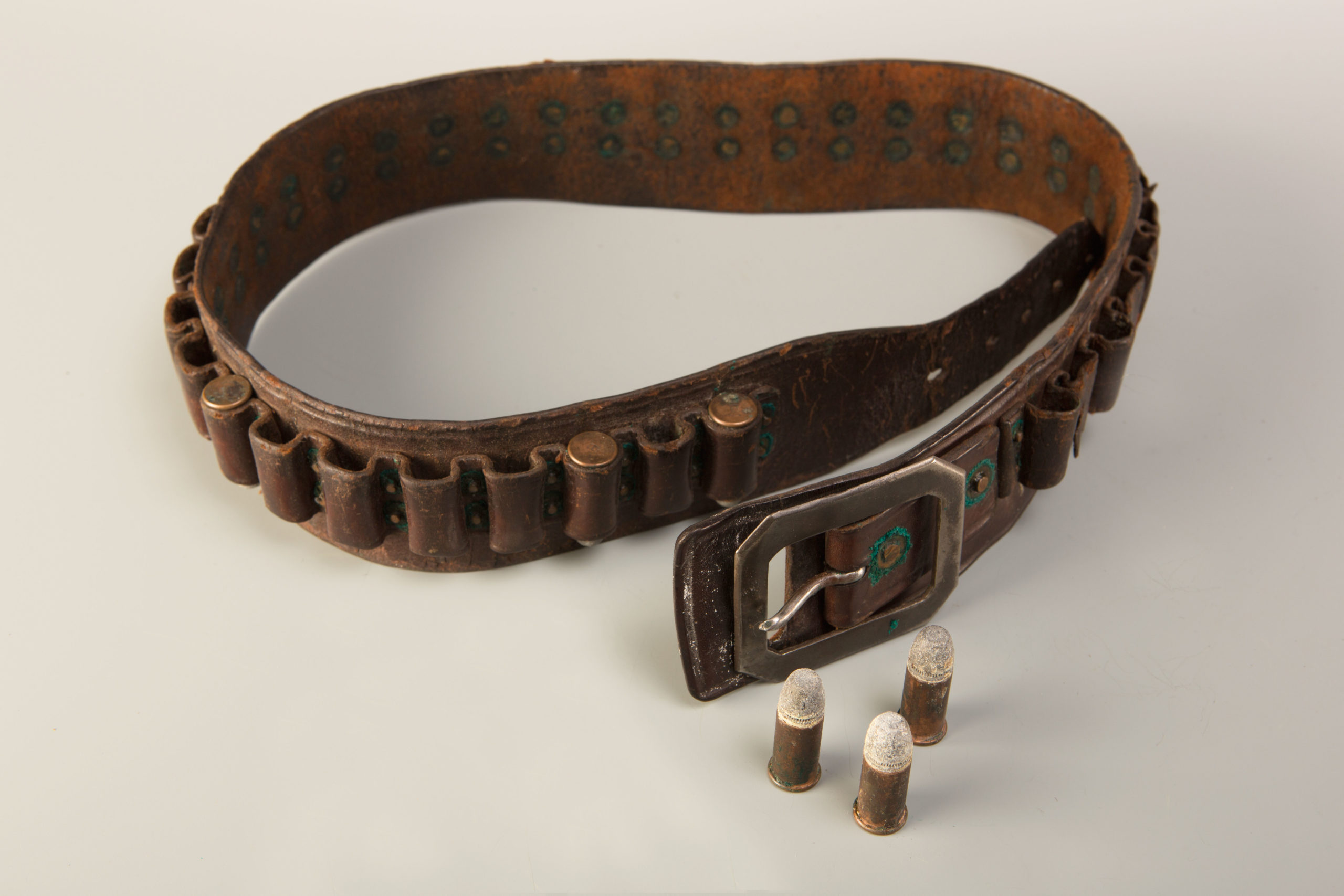 Buffalo rifles, the legendary “Big Gun” on the northern Plains.  The weight and length of the barrels provided supreme accuracy and killing power.  These were the types of guns that nearly extinguished the great buffalo herds in the 1880s and 1890s.

The painting of Sioux buffalo hunters, The Hunters, show hunters using a lance and a rifle, like those exhibited here.  The watercolor is by Edward Borein (American, 1872-1945) who became one of the most popular artists of western scene painting.  He was a close friend of Charlie Russell, Will Rogers, and Theodore Roosevelt.

Colt revolver one time belonging to an Indian scout for Colonel George Armstrong Custer’s ill-fated campaign during the summer of 1876.

The belt and bullets are Buffalo Soldier equipment.