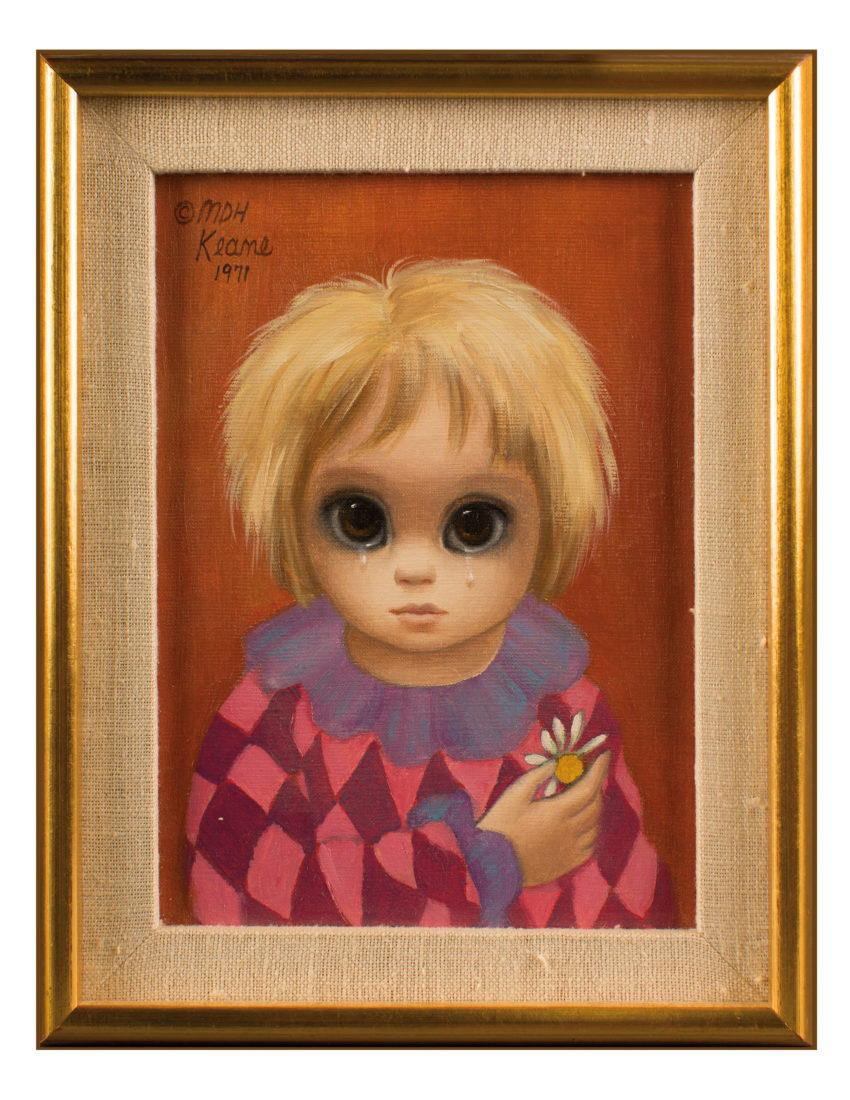 Keane’s works are recognizable by the oversized, doe-like eyes of her subjects. In the 1960s, her artwork was sold under the name of her husband, Walter Keane, who claimed credit for it. On November 1, 1964, she left him and moved from San Francisco.

In 1970, Keane announced that she was the creator of the paintings and sued Walter in federal court for slander, the judge famously ordered both Margaret and Walter to each create a big-eyed child painting there in the courtroom in order to determine who was telling the truth. Walter declined, citing a sore shoulder, whereas she completed her painting in 53 minutes. After a three-week trial, the jury awarded her $4 million in damages.