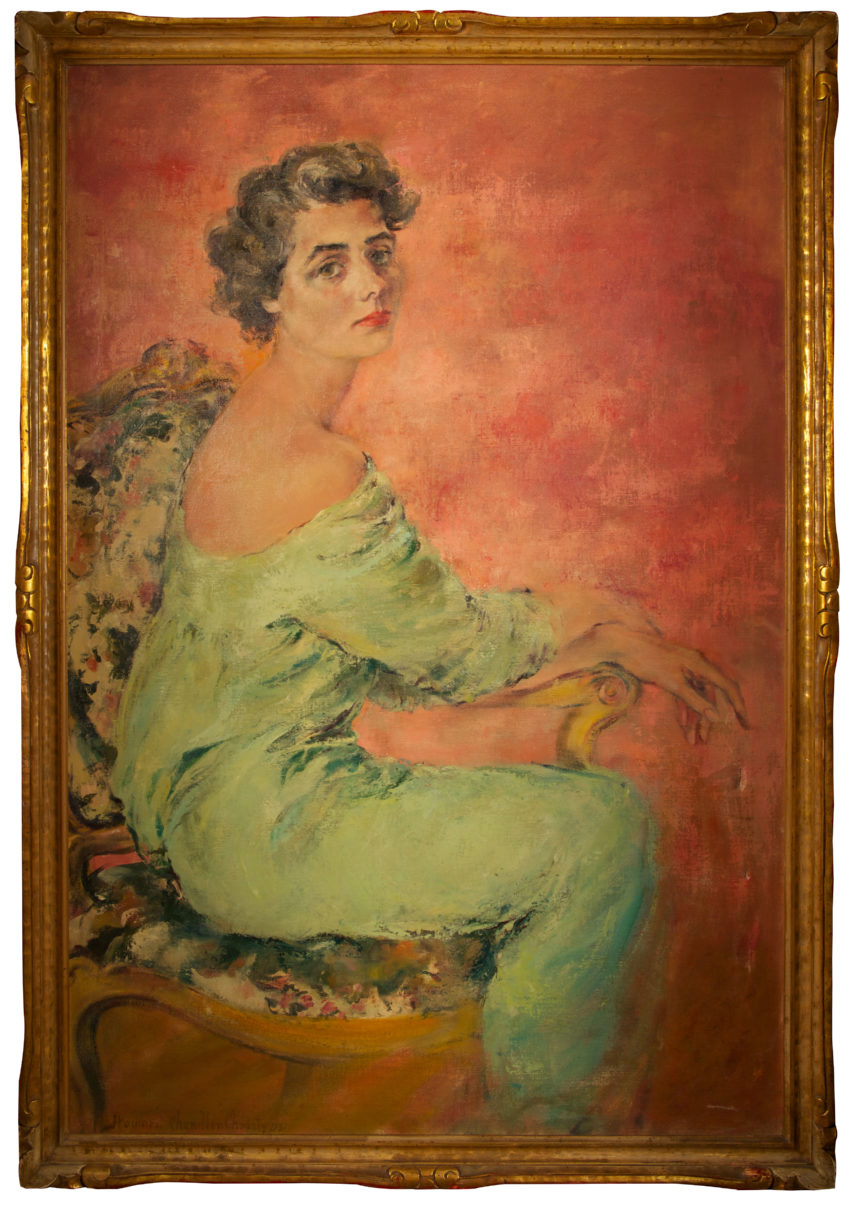 Portrait of a Lady in Green by Howard Christy (American 1873-1952). Christy was an artist and illustrator famous for the “Christy Girl,” similar to the “Gibson Girl.”  He first attracted attention with his illustrations of the Spanish-American War, published in Scribner’s and Harper’s magazines and in Collier’s Weekly, gaining especial prominence with the series, Men of the Army and Navy, and a portrait of Colonel Roosevelt. He was best known, however, for his charming illustrations of the works of such authors as Richard Harding Davis, and he created a picturesque and romantic type of society women peculiarly his own.  In 1940, Christy painted the Scene at the Signing of the Constitution of the United States, which was installed in the House of Representatives wing in the United States Capitol.