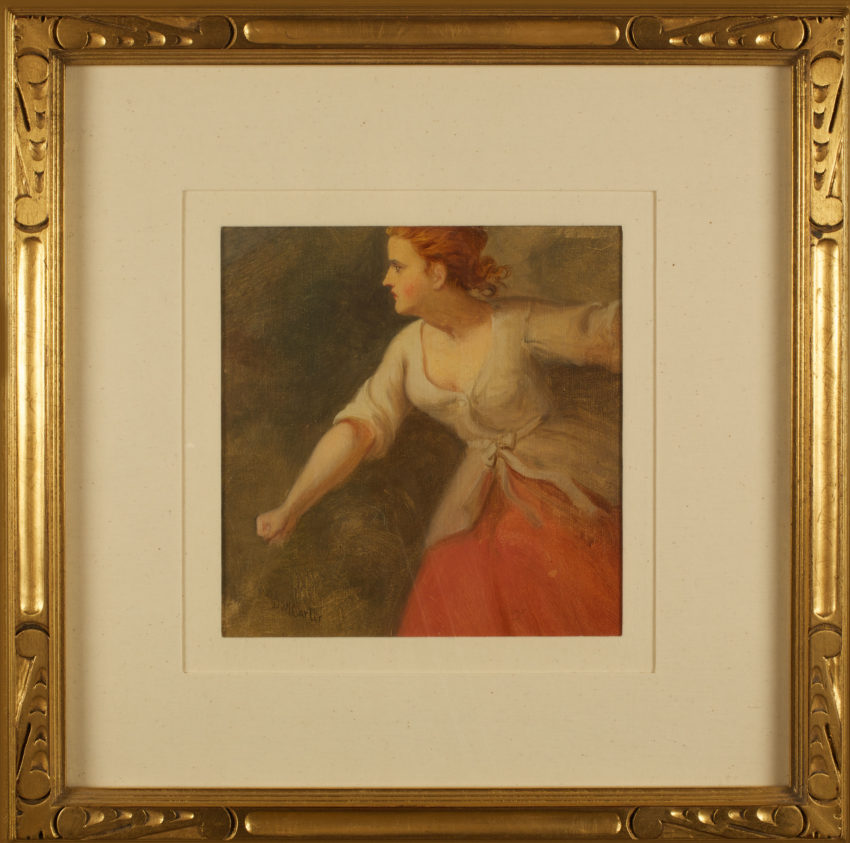 Dennis Malone Carter’s 1854 study for a painting of Molly Pitcher at the Battle of Monmouth, a painting that has become an icon of the portrayal of the American Revolution. Molly Pitcher was a nickname given to a woman said to have fought in the American Battle of Monmouth, who is generally believed to have been Mary Ludwig Hays McCauly, wife of an American artilleryman. Molly Pitcher may be a composite image inspired by the actions of a number of real women. The name itself may have originated as a nickname given to women who carried water to men on the battlefield during the war.  The Battle of Monmouth took place in New Jersey on June 28, 1778. British generals Henry Clinton and Cornwallis led 10,000 troops against 11,000 Americans, led by generals Washington and Charles Lee. The battle ended in a draw. Carter (American, 1818-1881) specialized in patriotic and battle scenes.