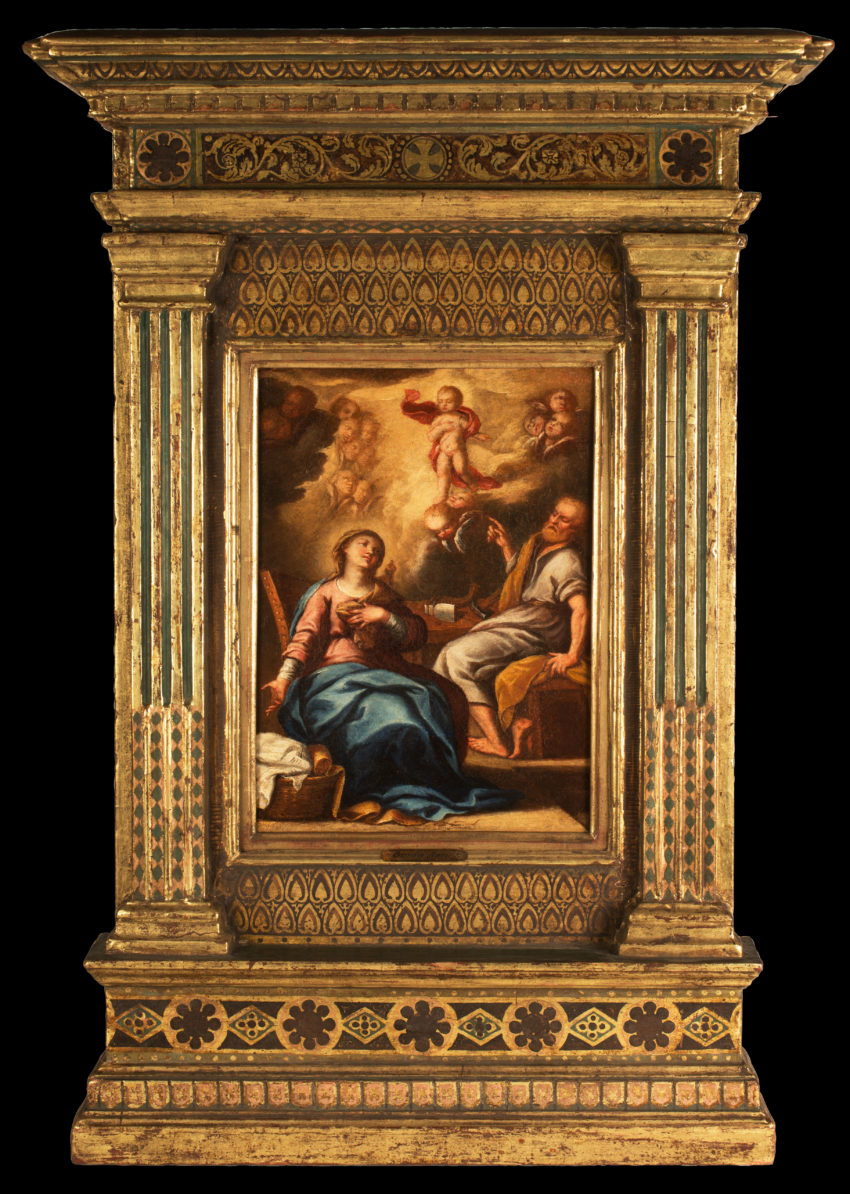 Guido Reni was born and trained in Bologna, ultimately joining the academy of Lodovico Carracci, whom he followed to Rome in 1601.  There, Guido painted in such places as the Farnese Palace and the garden palace of the Palazzo Pallavicini-Rospigliosi, and in numerous churches and chapels, establishing his reputation as one of the finest fresco painters in Rome.  After nearly 20 years, he returned to Bologna and established a successful and prolific studio. His students were among the most notable Baroque painters and artisans in Italy. Today, his work is held in the greatest public collections of Europe and North America.