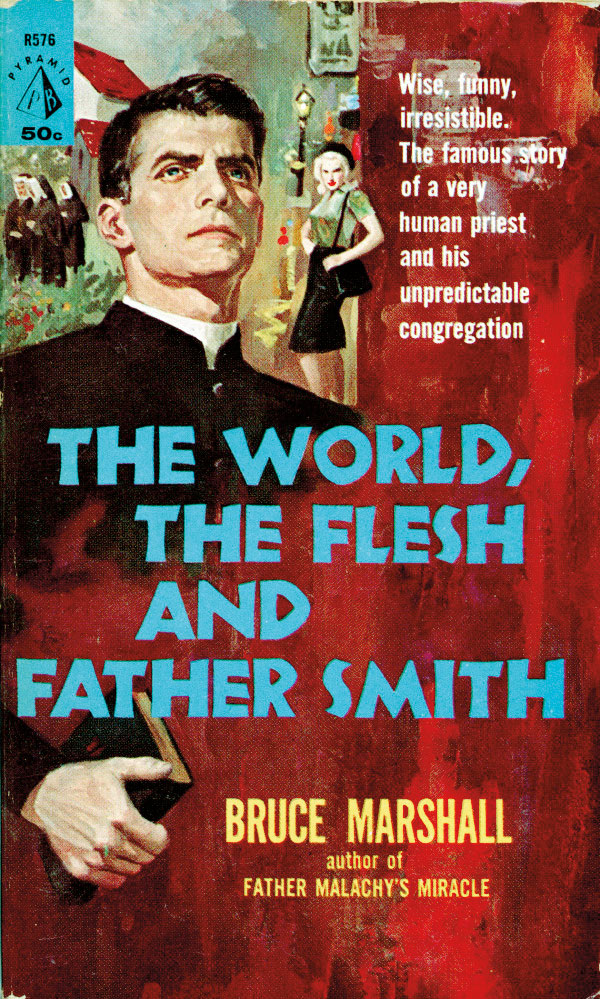 Set in a small town in Scotland, the book—a fictional novel by the Scottish writer Bruce Marshall—tells the story of Father Smith and a group of exiled French nuns. (The reprint next to the painting is of the cover of the original publication, 1945.)  The artist Robert Maguire, a twentieth-century American illustrator was known for his crime noir paperback cover art, producing artwork for over 600 covers over the span of his career.