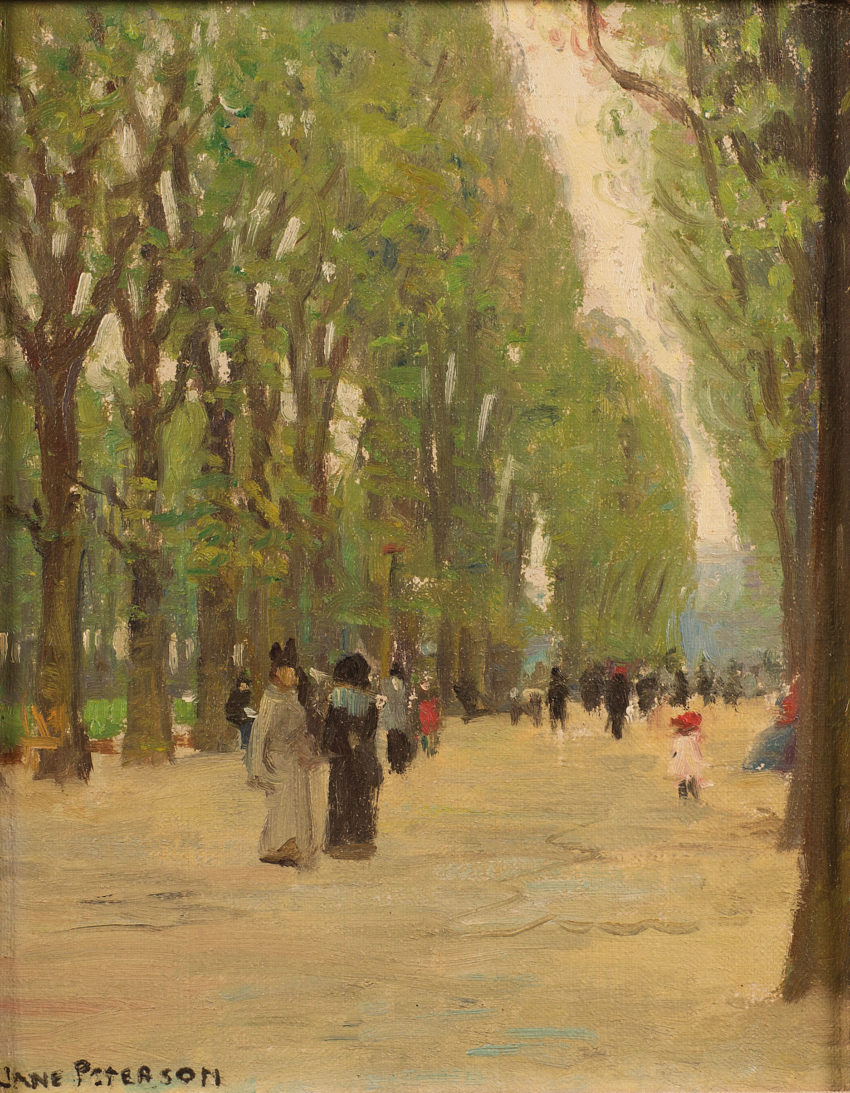 After graduation in 1901 from the Pratt Institute in New York, Jane Peterson went on to study oil and watercolor painting at the Art Students League in New York City.  Moving to Paris in 1907, she became friends with Gertrude Stein and met Pablo Picasso and Henri Matisse. Peterson soon distinguished herself as an original and influential American artist. Her work encompasses Impressionism, Art Nouveau, and Fauvism. In 1916 Peterson exhibited work featuring scenes from the Pacific Northwest, which she had painted while traveling with Louis Comfort Tiffany.