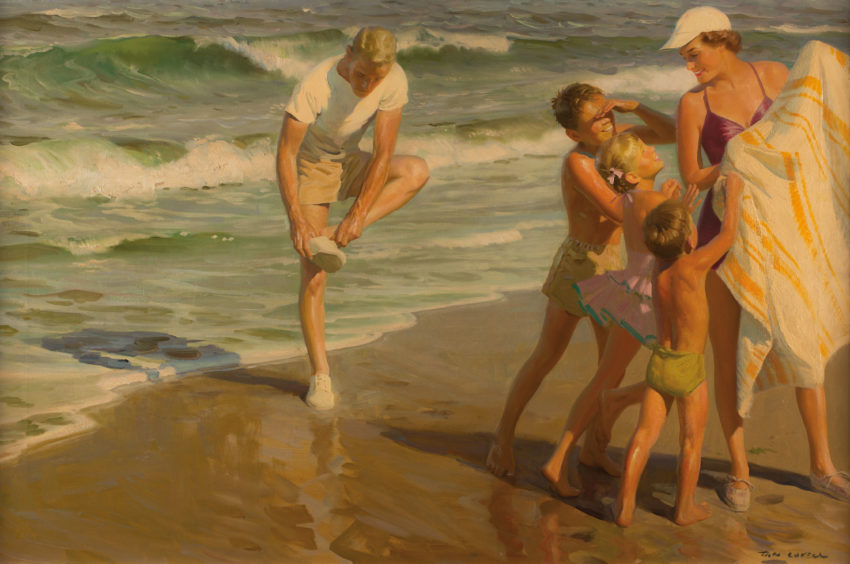 by Tom Lovell (American, 1909-1997). This illustration, which appeared in Woman’s Home Companion, is the story of conflict between man and wife, showing the close relationship between mother and children to the exclusion of the father.  Lovell painted for National Geographic among many other magazines.  He was commissioned by many publications to produce scenes of major historic events in world history.  He is also known for the psychological drama of his subjects (people in difficult, dangerous, or confusing situations). His personal papers are held at the Norman Rockwell Museum and Archives.