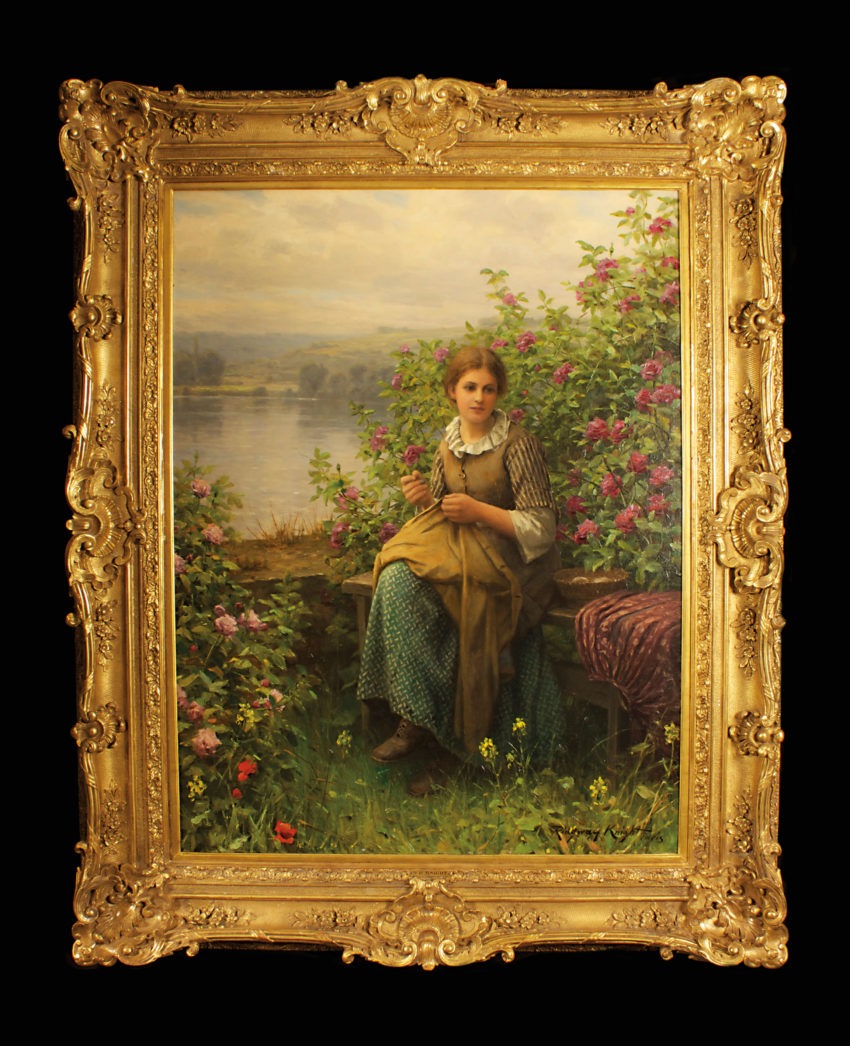 Oil on canvas, 46 x 35”.  Knight studied in America (with Mary Cassatt and Thomas Eakins) and at l’Ecole des Beaux-Arts in Paris.  After painting battle scenes during the Civil War, he returned to France, ultimately being knighted in the Legion of Honor.  In 1896 Knight received the Grand Medal of Honor from the Pennsylvania Academy of Fine Arts.