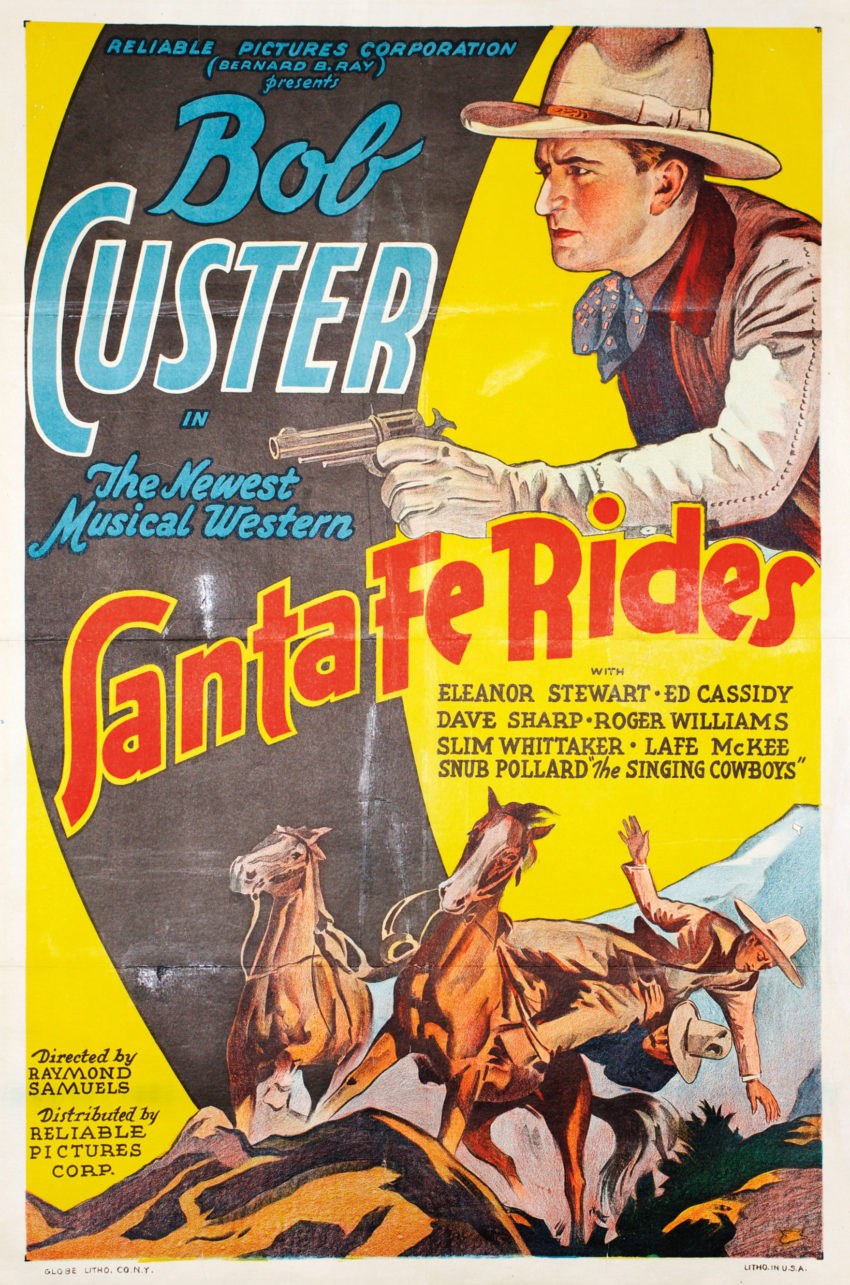 The Transcontinental Broadcasting Company sends a sound truck and equipment to a ranch to obtain an audition from “Santa Fe” Evans and his musical cowboys (Oscar Gahan, Lloyd Perryman, Robert “Curley” Hoag, Rudy Sooter and Sherry Tansey.) Carver, arch enemy of Evans and a rival for the love of Carol Sheldon, fails in an attempt to spoil the audition. Carver frames Mr. Sheldon and Carol’s brother Buddy on a charge, by Al Jensen, of receiving cattle stolen from him by Evans. Carver blames Evans for all of the Sheldon’s troubles and, what with one thing or another, it looks like Evans and his cowhands will miss the big broadcast. Written by Les Adams.  Part of a collection of early film posters and lobby cards numbering into the hundreds.