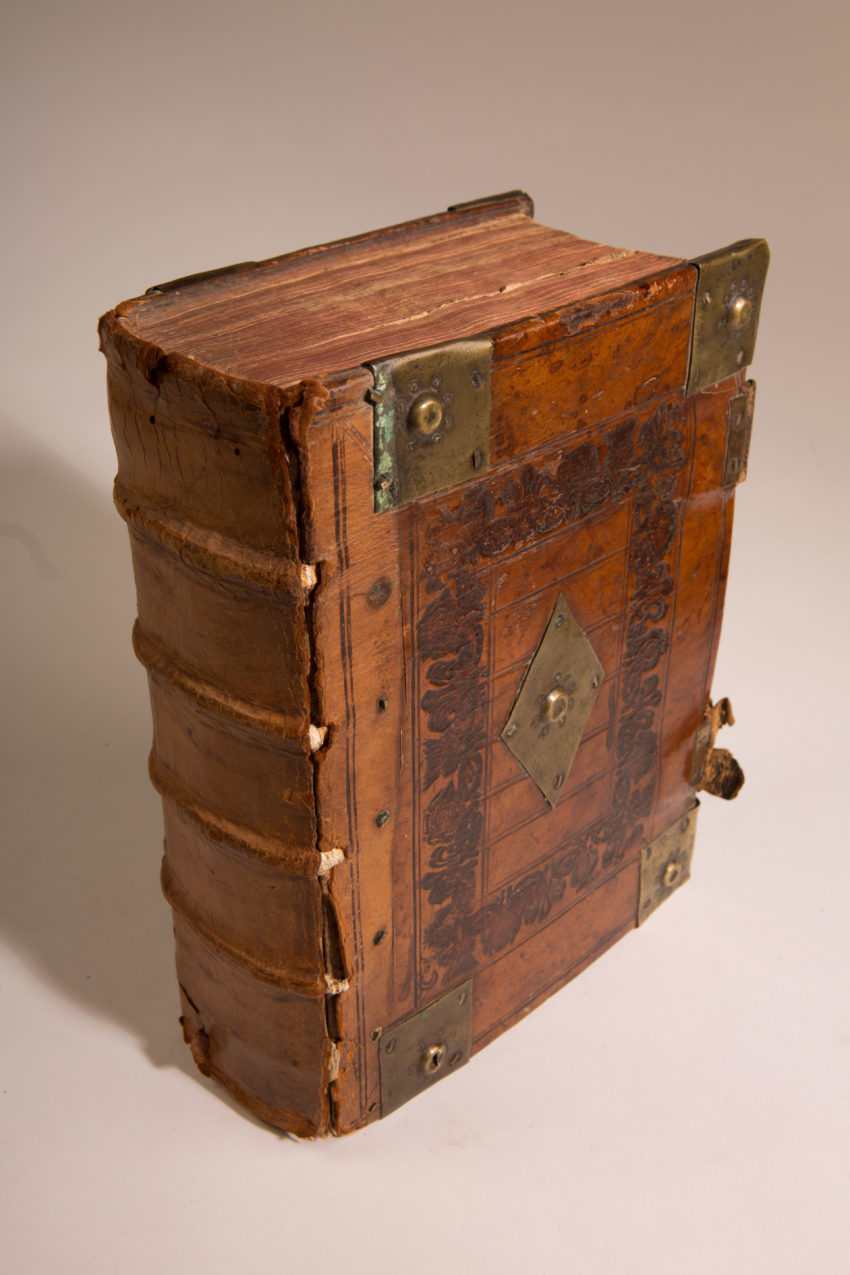 The Bible above is a rare Geneva Bible. This is one of the most-significant translations of the Bible into English. It was the Bible of 16th century Protestantism and was read by Shakespeare, Oliver Cromwell, John Donne, among others. It was the first mechanically printed, mass-produced Bible made available to the general public. The volume in the Pamplin Collection was printed in 1607 and belonged to the Marshall family, among whose descendants was the first Supreme Court Chief Justice, John Marshall.