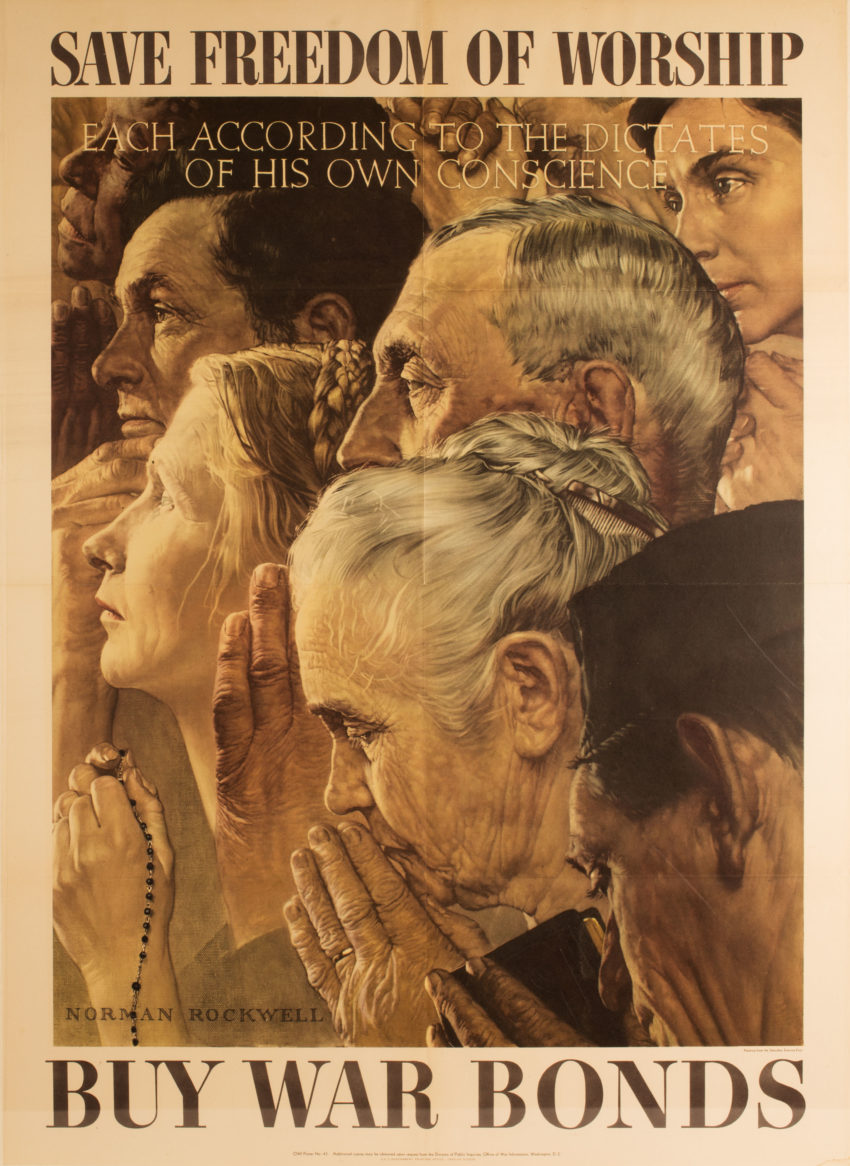 Rockwell was perhaps America’s greatest illustrator, whose evocative scenes of American life graced thousands of magazines and books.  Here is a numbered print of a series titled the Four Freedoms.  These were created during the Second World War to inspire confidence and patriotism in the country.  The Four Freedoms included freedom of speech and worship, and freedom from want and fear. This series was published in the Saturday Evening Post and its theme, originally articulated by President Franklin D. Roosevelt, was incorporated into the Atlantic Charter and became part of the charter of the United Nations.