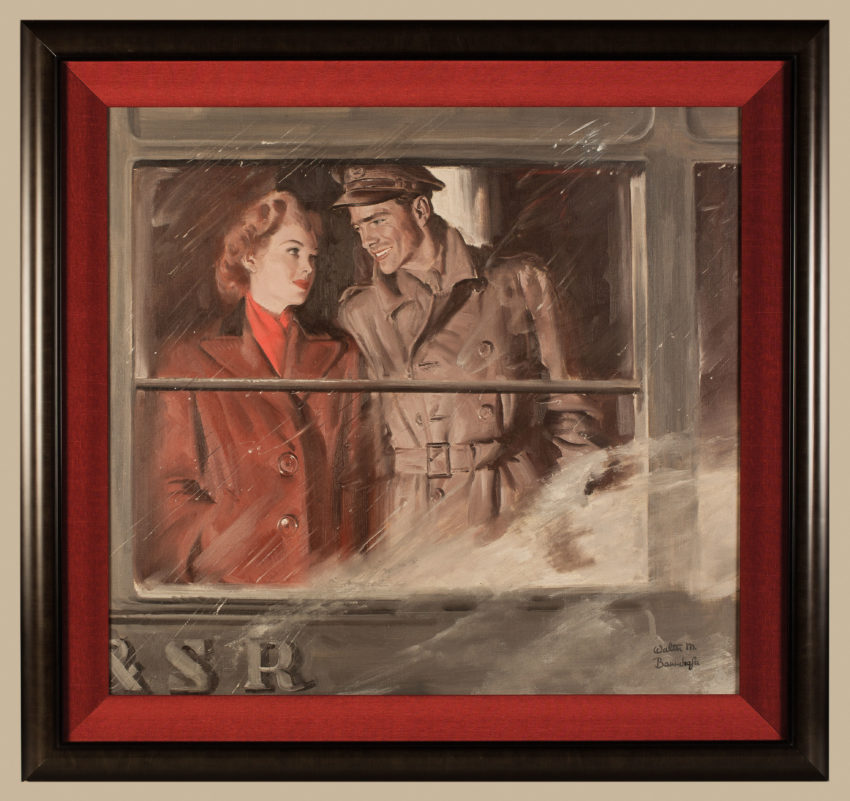 Redbook Magazine interior art for a story involving American officers in England during World War II. Baumhofer was recognized for his cover paintings on such iconic magazines as The American Weekly, Collier’s, Cosmopolitan, Esquire, McCalls, Redbook, and Woman’s Day. He was also a prolific illustrator for pulp fiction magazines and books, such as Doc Savage, Dime Mystery, Dime Detective and The Spider.