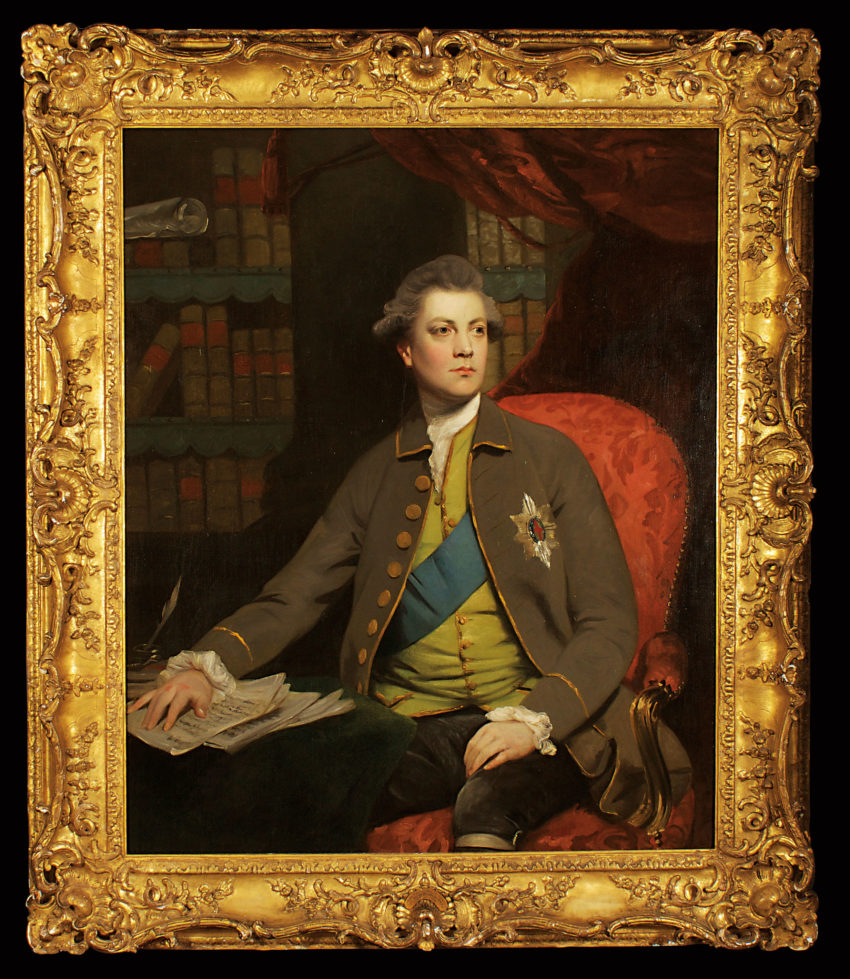 Joshua Reynolds, a contemporary of Gainsborough, was the dominant English portraitist of the “Age of Johnson,” and painted up to 3,000 portraits, including those of many of the most wealthy and famous figures of his day.  A painter of great energy, he was said to have worked constantly, never losing his abilities, albeit having lost some of his hearing and the sight in one of his eyes during his long career.  The subject of this painting, Henry Howard, was a British politician who served as Secretary of State for the Northern Department during the American Revolution. He secured the use of Hessian and Hanoverian mercenaries in the failed effort to suppress the rebellious colonies. Howard achieved the positions of Privy Counselor and Knight of the Garter, but died young.