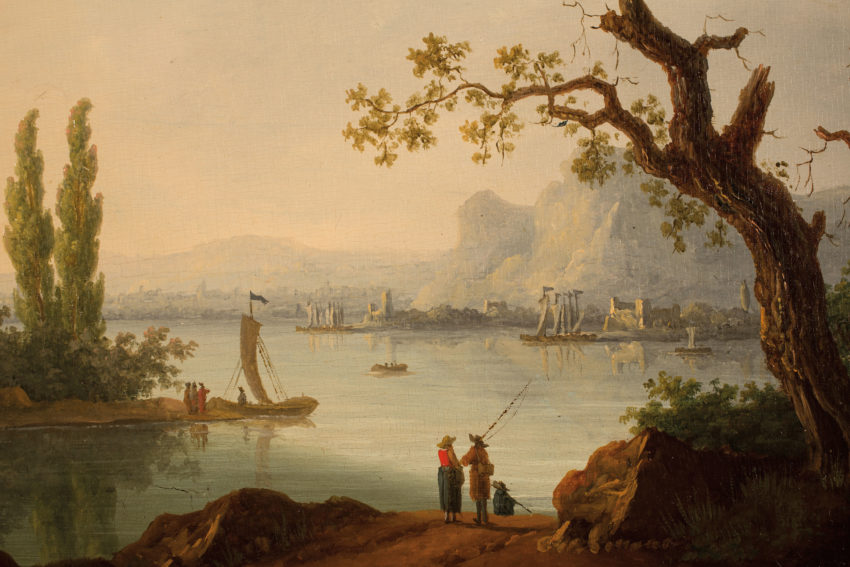 At the outset of his career, Bidauld studied and painted throughout France and Italy, gaining a reputation as a “history painter.” Returning to Paris in 1790, he entered the Salon, in which he participated regularly. In 1792 he began receiving official commissions and, after 30 years of commissions and hard work, became the first landscape painter elected to the Academie des Beaux-Arts.  In 1825 he was awarded the Legion d’honneur.   Later in life, Bidauld was savaged by the press and, as a result, lost the ability to sell his work, ultimately dying a poor man. The artist and his paintings are seeing a deserved revival.