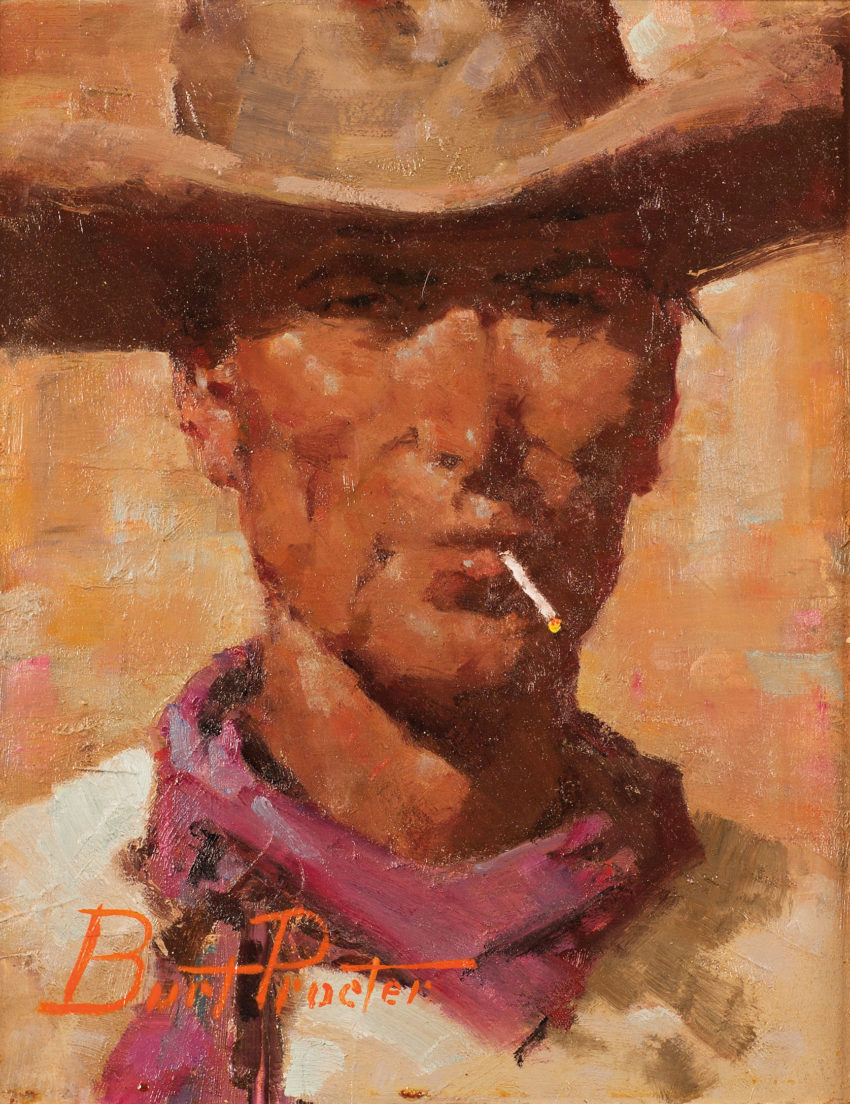 Proctor became a painter of western landscape and of cowhand scenes with men on horseback. Much of his painting was done in his leisure time afforded by his early career as mining engineer and later as a successful commercial illustrator.  Of his early talent, it was said he painted horses before he could walk.