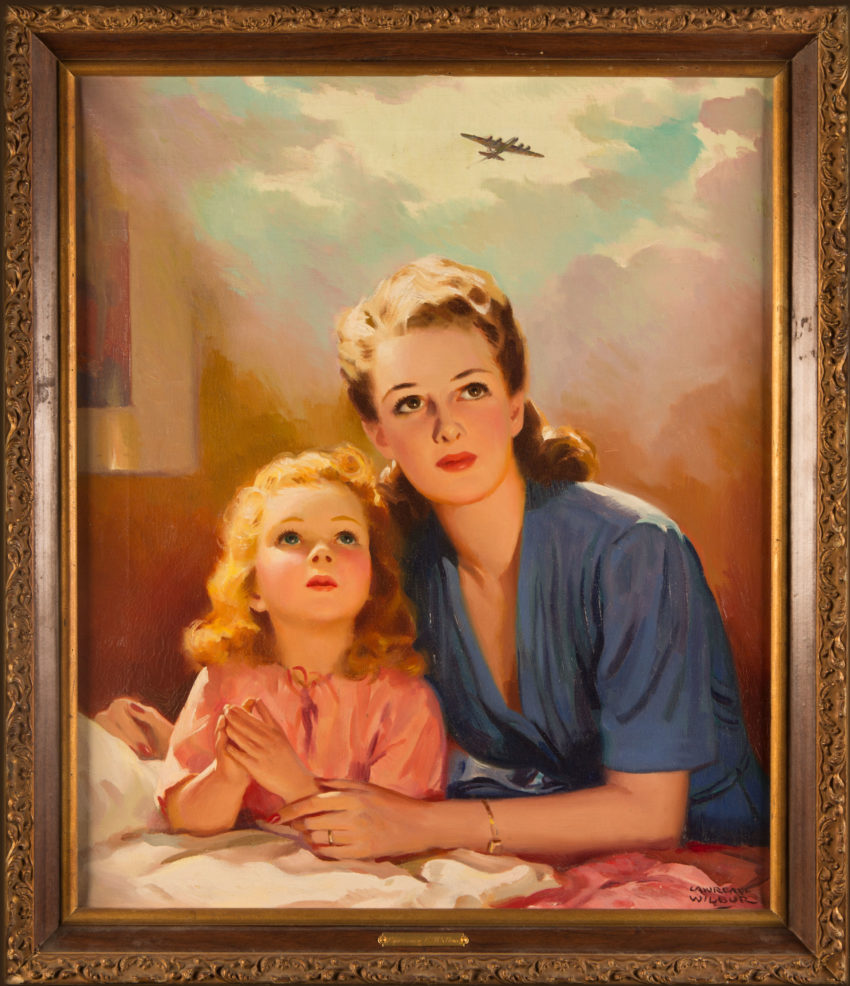 Wilbur was born in Whitman, MA. He moved to California to work in the engraving department of the Los Angeles Times.

In 1925 he relocated to New York City and enrolled in the Grand Central Art School where he studied under Harvey Dunn, N.C. Wyeth and Pruett Carter.

In 1957 he won the Audubon Artist’s medal of honor for a self-portrait in oil. He was a lifetime member of the Salmagundi Club. Wilbur’s art career spanned more than seven decades. His style was traditional with elements of abstract distortion.