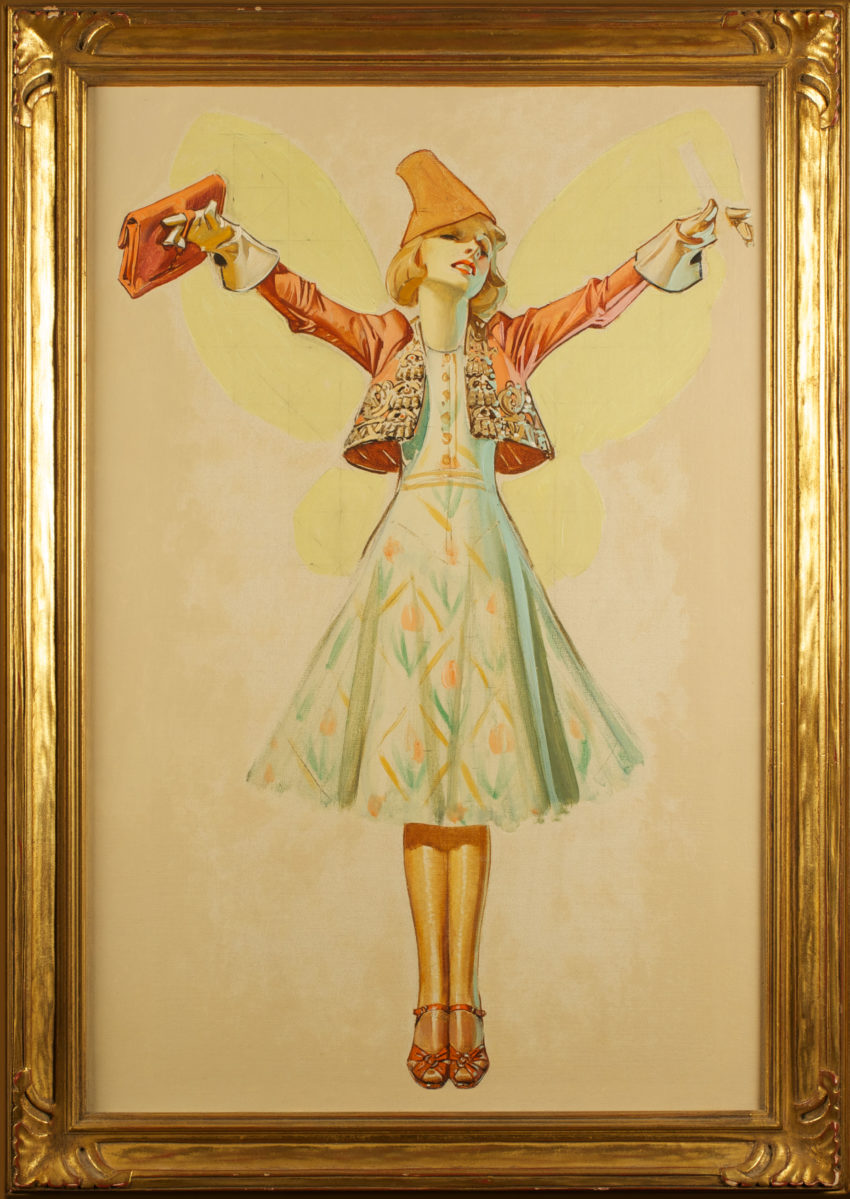 Leyendecker (American,1874 –1951) was one of the most popular American illustrators of the early 20th century. He is best known for his poster, book and advertising illustrations, and his numerous covers for The Saturday Evening Post.  Between 1896 and 1950, Leyendecker painted more than 400 magazine covers. No other artist, until the arrival of Norman Rockwell, was so solidly identified with one publication and it was said that he “virtually invented the whole idea of modern magazine design.”