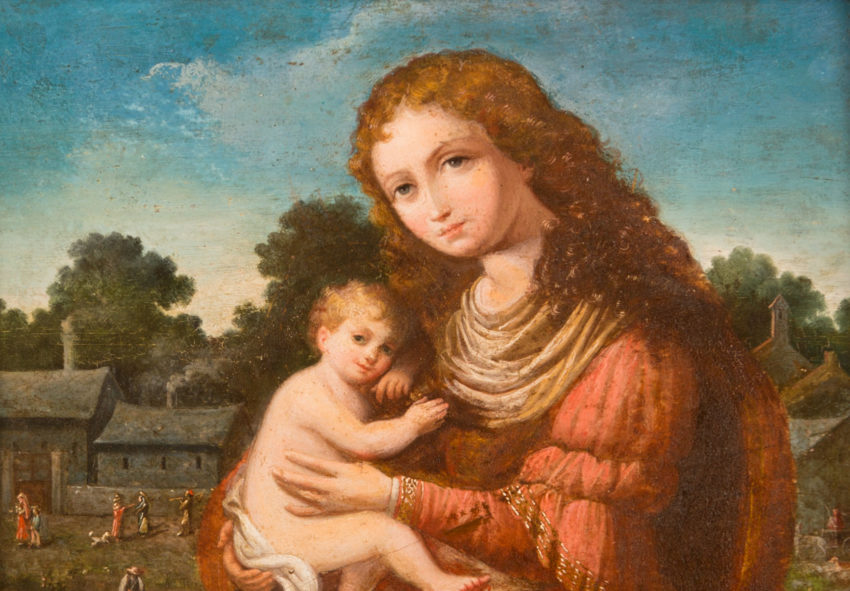 Domenichino was trained under Annibale Carracci and began his early work in Rome. Following a distinguished career there, he moved to Naples where he painted numerous scenes in the city’s cathedrals and churches.  He was friends with Giovanni Battista Agucchi with whom he collaborated on a Treatise on Painting.  During his lifetime he was considered in the league of Raphael and Rubens, but subsequently was criticized by John Ruskin as being “insincere.” However, by the late 19th century, Domenichino’s work was resurrected from the Victorian graveyard and he was reestablished as among the most important and influential painters of seventeenth-century Italy.