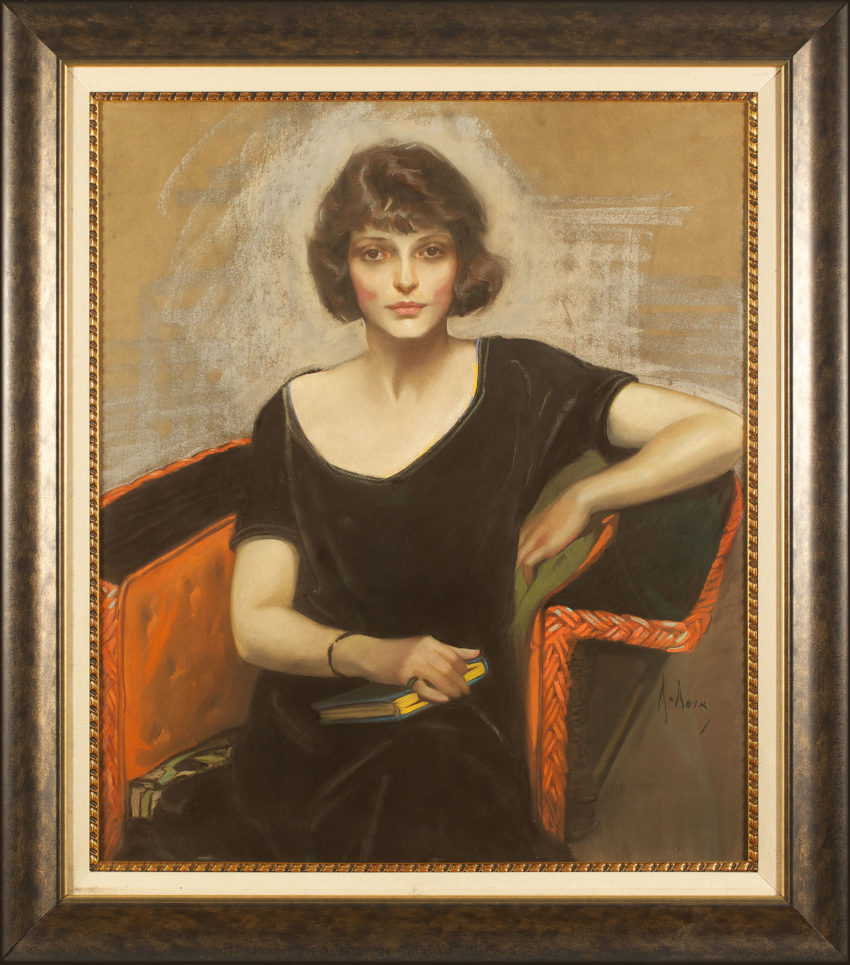 Born Marjorie Moran in Quincy, Illinois, McMein attended the Art Institute of Chicago and in 1913 went to New York City. Her pastel drawings of chic, healthy American girls proved highly popular and brought her many commissions. During World War I she drew posters for the United States and French governments and spent six months in France as a lecturer and entertainer.  From 1923 through 1937, McMein created all of McCall’s covers. She also supplied work to McClure’s, Liberty, Woman’s Home Companion, Collier’s, Photoplay, and other magazines. She created advertising graphics for such accounts as Palmolive soap and Lucky Strike cigarettes. General Mills’s Marjorie C. Husted commissioned her to create the image of “Betty Crocker,” a fictional housewife whose brand name was intended to be a seal of solid middle-class domestic values.