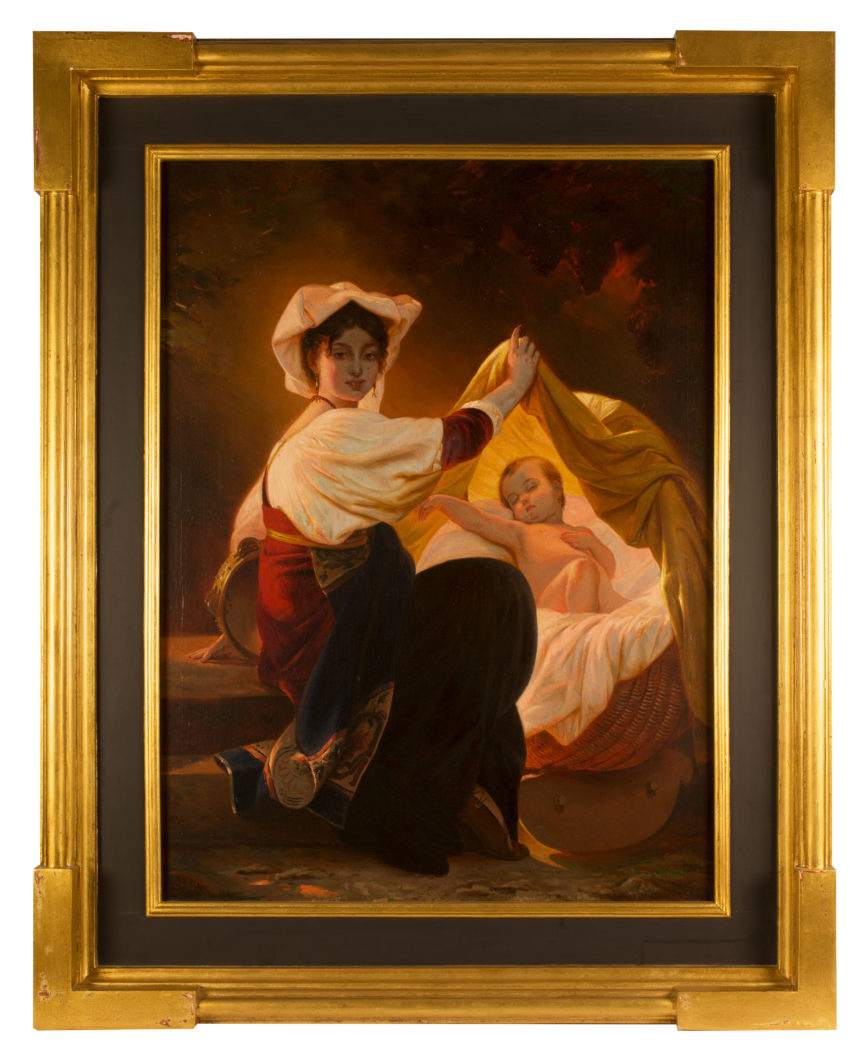 Ermakov was trained in the academic traditions of pre-Revolutionary Russian and his work revealed the national tradition of old portraiture of the Russian Empire style, focusing on historic and nostalgic themes. His painting here, of the Madonna and Child, expresses a nostalgic look during the rapidly changing world of the Empire just before the Great War. He was a great student of light and of bringing out the personalities of his subjects.