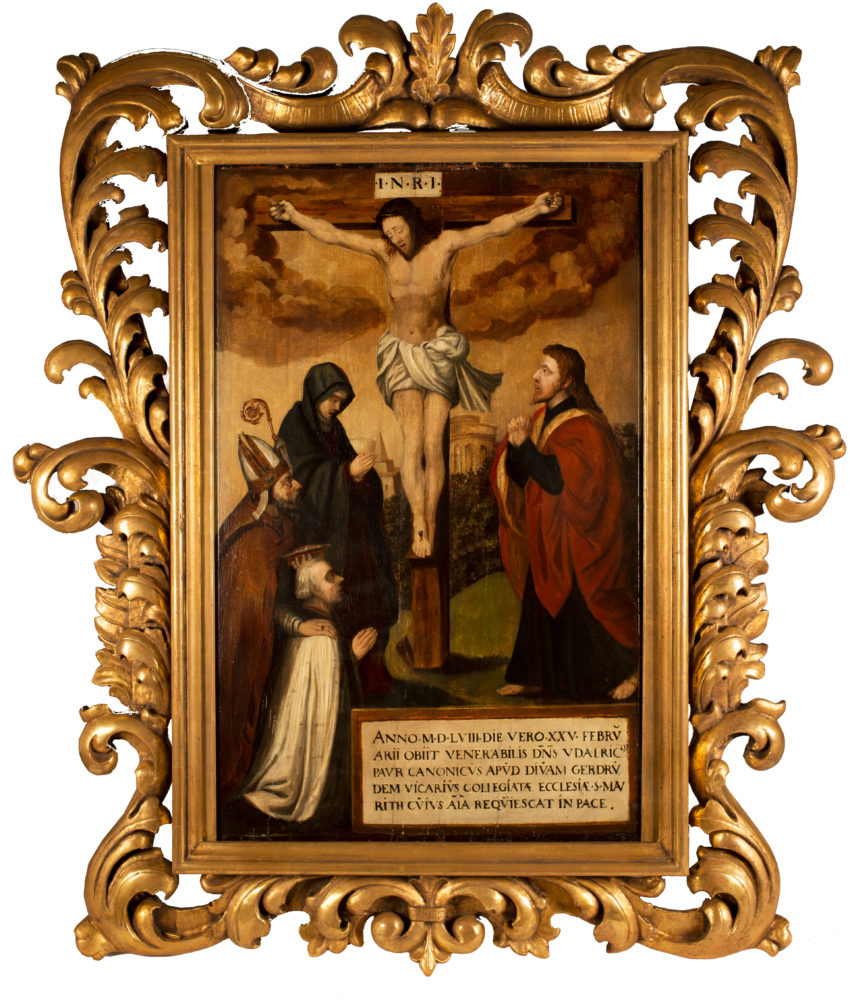 Porbus (or Pourbus) was a Dutch Flemish painter, sculptor, and cartographer, best known for his religious portraits. He worked primarily in Bruges where his paintings are housed in the Groeninge Museum. Porbus’s paintings were greatly sought after by Northern European religious institutions and schools for the clarity of his vision and realistic visions of historical themes.  His sons followed in his profession, indeed eclipsing their father’s fame.