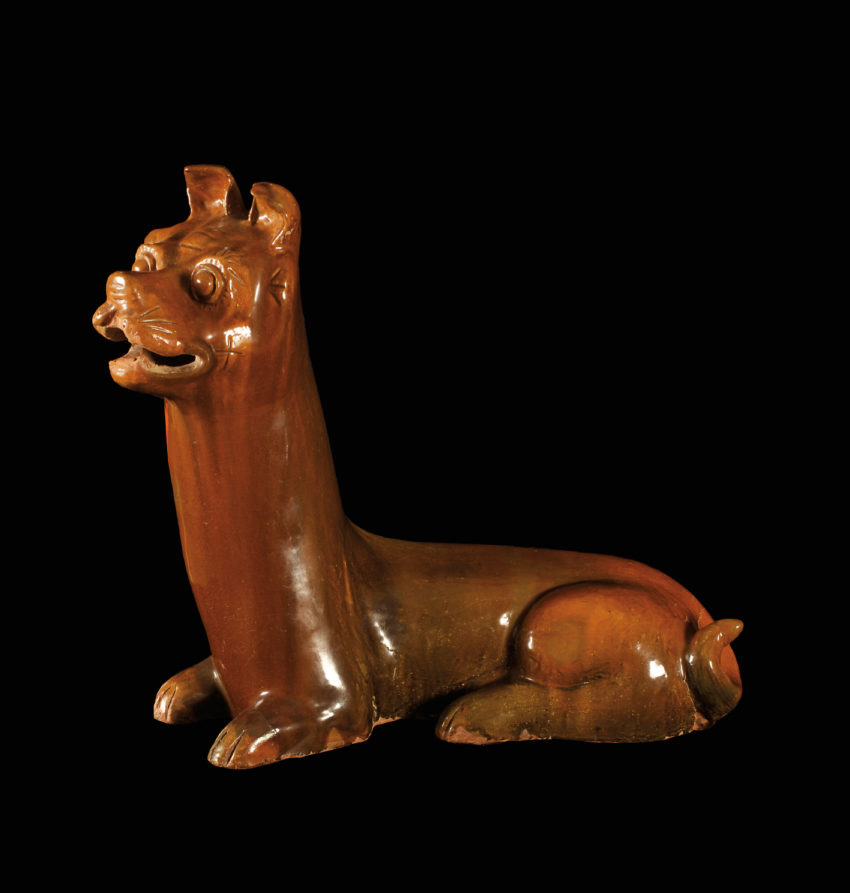 206 BCE-220 CE, Glazed earthenware, 15.5 x 18 x 14.5 inches.  During the Han dynasty, dogs of various types were frequently placed in tombs. The most common was a mastiff-type animal usually shown standing on all four legs. This long-necked dog is unusual in both color and design. Although seated with paws under his body, his neck cranes upward as if detecting a sudden intruder. With eyes bulging and ears alert, he seems ready to bark in defense of his master’s tomb just as he might have greeted a visitor in the family courtyard. As watchdog and gatekeeper, perhaps his role in the tomb can be compared with other guardian figures of the Han dynasty that, however, usually took on a more mythical characterization.