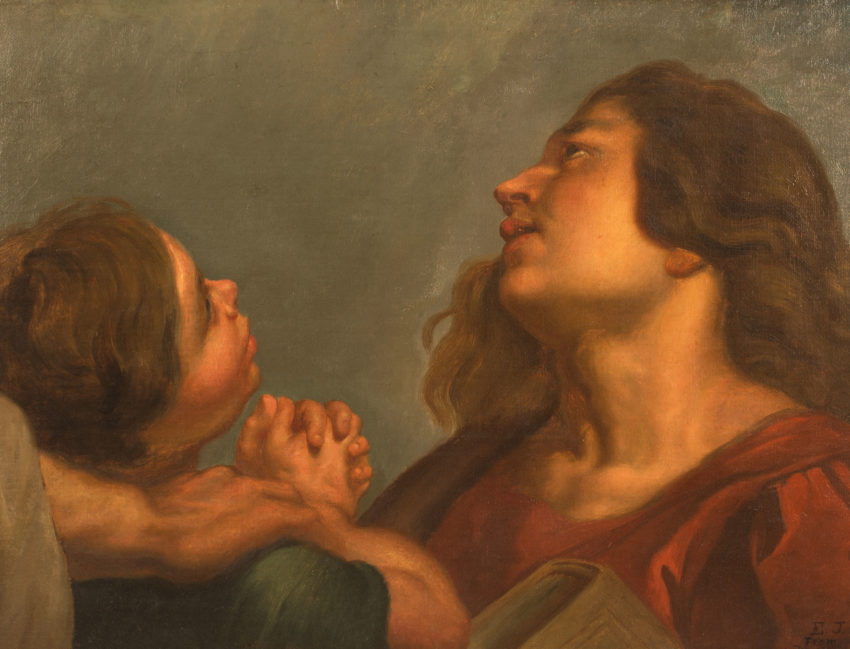 Eastman Johnson was one of the nation’s most-prominent 19th century portrait painters, who particularly portrayed literary artists. Eastman was a leader within 19th-century America’s arts community and was a co-founder of the Metropolitan Museum of Art. Widely recognized for his portraits of such prominent Americans as Abraham Lincoln, Nathaniel Hawthorne, Ralph Waldo Emerson, Longfellow, among others, he also re-created such masterpieces as Rubens’ evocative painting of the Madonna and Child.