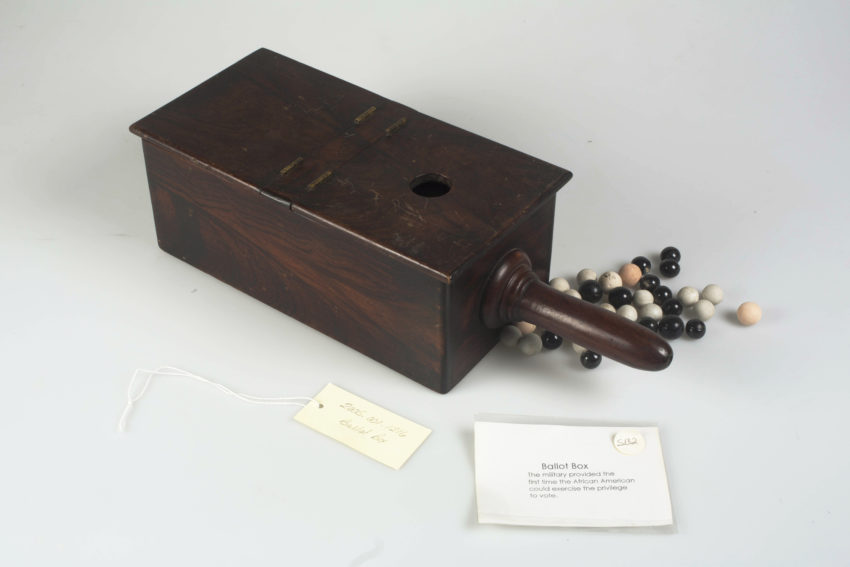 The word “ballot” is derived from the Italian word “ballotta,” meaning little ball.  The artifact here is a Civil War-era ballot box with 14 black and 25 white clay balls or marbles.  Well before the American Revolution, fraternal clubs such as the Masons were using similar boxes to decide elections.  Marbles or balls were dropped into the box (the sound of a ball dropping theoretically precluded someone from casting two “ballots” at once) to indicate which candidate (or motion, project, decision) was preferred.  When the box was opened, everyone could to see which candidate or position had prevailed.