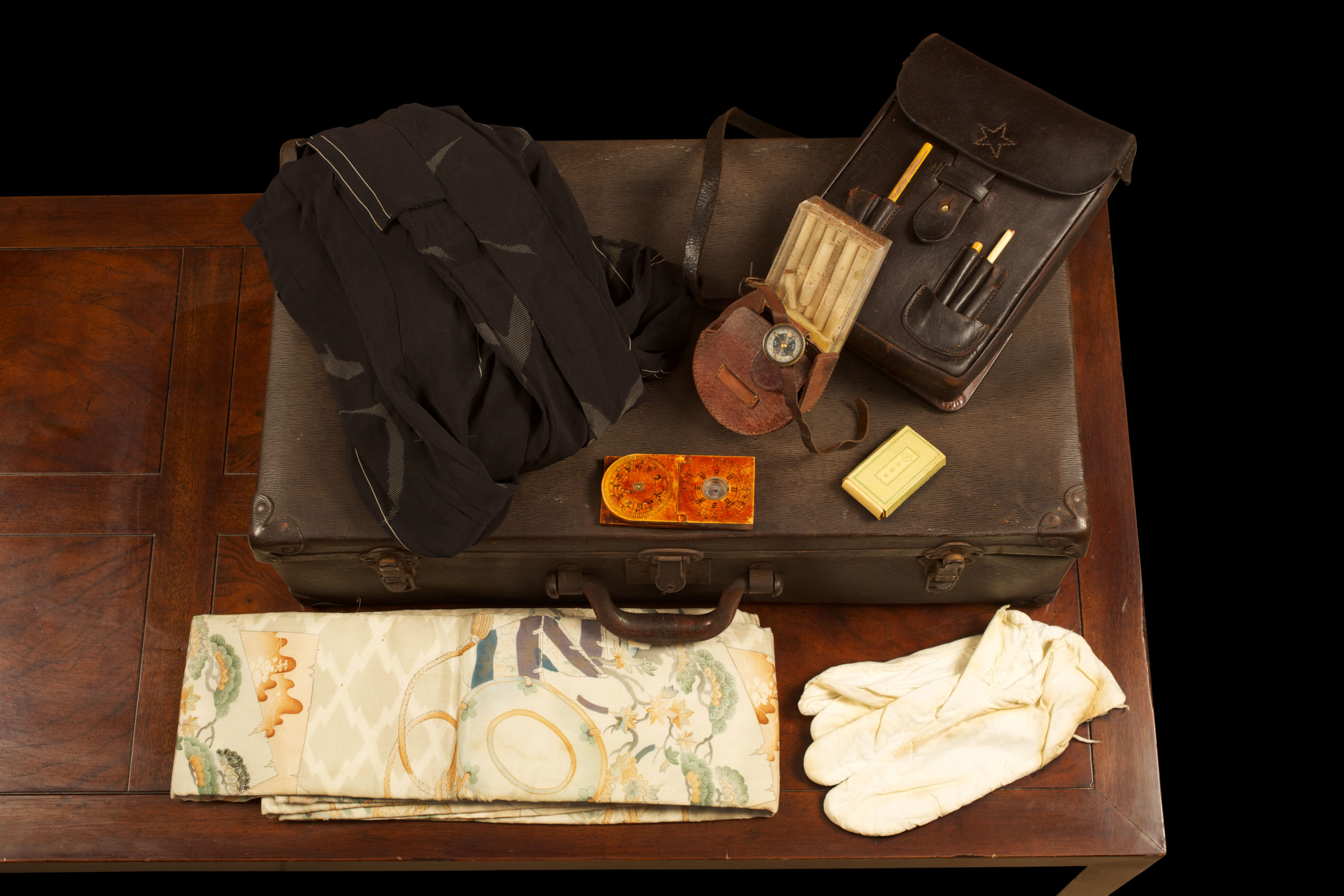 General Yamashita (1885 –1946) was a leading general in the Japanese Imperial Army throughout World War II. He was most famous for conquering the British colonies of Malaya and Singapore, earning the nickname “The Tiger of Malaya”. He subsequently commanded the Fourteenth Area Army in the Philippines at the end of the war, surrendering to General Douglas MacArthur’s forces on September 2, 1945. Yamashita was executed by the Americans following his 1946 trial for atrocities and war crimes in the Philippines.

The “Presentation” sword was given to Yamashita by the Emperor of Japan in the spring of 1945, just months before the surrender of the Japanese in the Philippines. It was made especially for the general by Imperial sword maker Imai Sadashige. The sword (seen in the black-and-white photograph being carried by Gen. Yamashita at his surrender) was personally surrendered to Major Clifford Freeland, a member of Gen. MacArthur’s staff and, coincidentally, a former fellow student of judo with Gen. Yamashita when Freeland lived in Japan in the early 1930s.