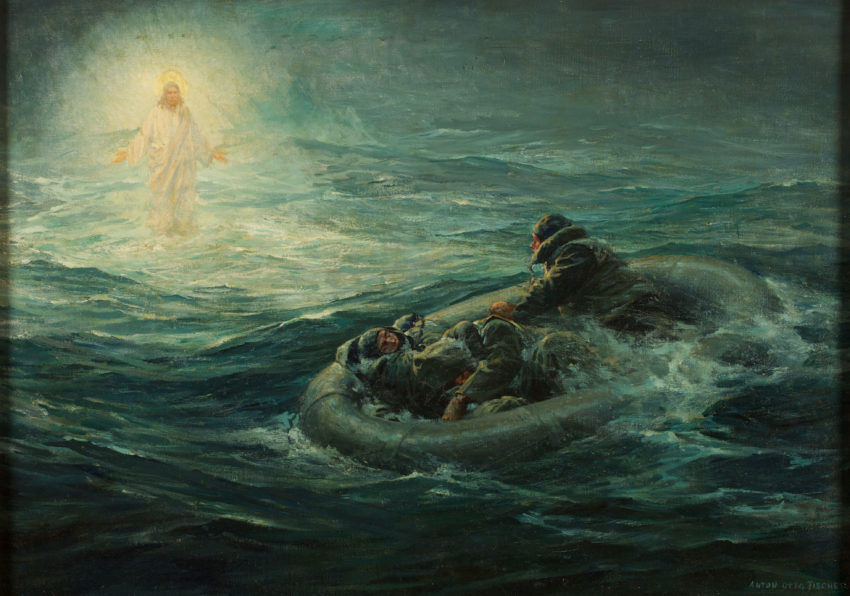 Best known for his fishing scenes, war convoys, and marine battle scenes, Anton Fischer was born in Germany and came to New York City in 1903. Among his illustrated books were Moby Dick, Twenty-Thousand Leagues Under the Sea, and Treasure Island. He was known for his technical accuracy, as well as the portrayal of men’s emotions.